AABC vs. NEBB
WHAT'S THE DIFFERENCE? 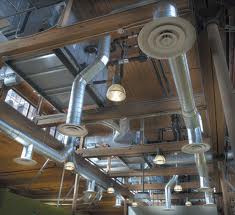 "What's the difference between AABC and NEBB?" We get this question a lot. Let's start off by saying that our firm is certified by both organizations and has been for 25 years. Less than 5% of T&B firms in the United States are dual certified.

So, let's start with a history lesson.
AABC (Associated Air Balance Council) was founded in 1965 by Arnold Pearl (West Coast) and Taylor Kahoe (East Coast), with the early National office in Los Angeles, CA. Presently, the National office is located in Washington, D.C. AABC was originated to provide independent testing with set national standards to the HVAC industry.

NEBB and SMACNA separated in 2000, with NEBB becoming its own entity rather than a division of MCAA and SMACNA.

What's the difference?
The major difference between AABC and NEBB is independence. AABC firms are not affiliated with products, contractors or engineers. These firms truly represent third party independent testing.

NEBB firms may be associated with products, contractors or engineers. A NEBB certified Mechanical Contractor may test and balance their own work. Because of this, most specifications require an AABC or NEBB agency not affiliated with the installing contractor.

We have included a table to indicate other differences:

As can be seen in the table above, there are differences. However, the greatest importance in hiring a T&B agency is: Which certified firm do you trust? Which firm can repeat reported results? Which firm can produce a comfortable, energy efficient building within the project construction schedule?